Two days ago I got in mail a whole bunch of natural dyes that are normally used for fibres or fabrics (wool, silk, cotton), and I’m dying to try out dyeing eggs with them (did you like the pun, did you like the pun???). But then, on the other hand, there is the Damocles’ sword of the diss hanging over me, and if I dive into eggs, it’s never going to be finished, because eggs are so easy and fun, in fact, this is why I didn’t do any eggs last Easter season (but did sneak in two just before Christmas, because I wanted to make a gift).

So here’s the brilliant (or not) idea I’ve got: I read somewhere that one of the best ways to break out of procrastination cycles with overwhelming projects is to find an appealing way to reward yourself for the progress with something you really really like. So, I will try to use the eggs to facilitate the diss. That is, I will reward myself with making an egg or two only after having made some quantifiable progress with the diss – say, edited 10 more pages, or written 5 more new pages, or something like that. I’ll have to work out the numbers in the process, I guess…

I wonder whether this will actually work or not :). But I think the plan has a great potential.

Here are a chicken and a rhea egg I made two weeks ago, and did not show yet. The chicken (first photo) was the practice run on a brown egg for the rhea – the big pale yellow (second and third photo), hence almost the same pattern in both. The pattern on the chicken is almost 100% traditional (except the colors and colouring pattern), and in the rhea was slightly adjusted. 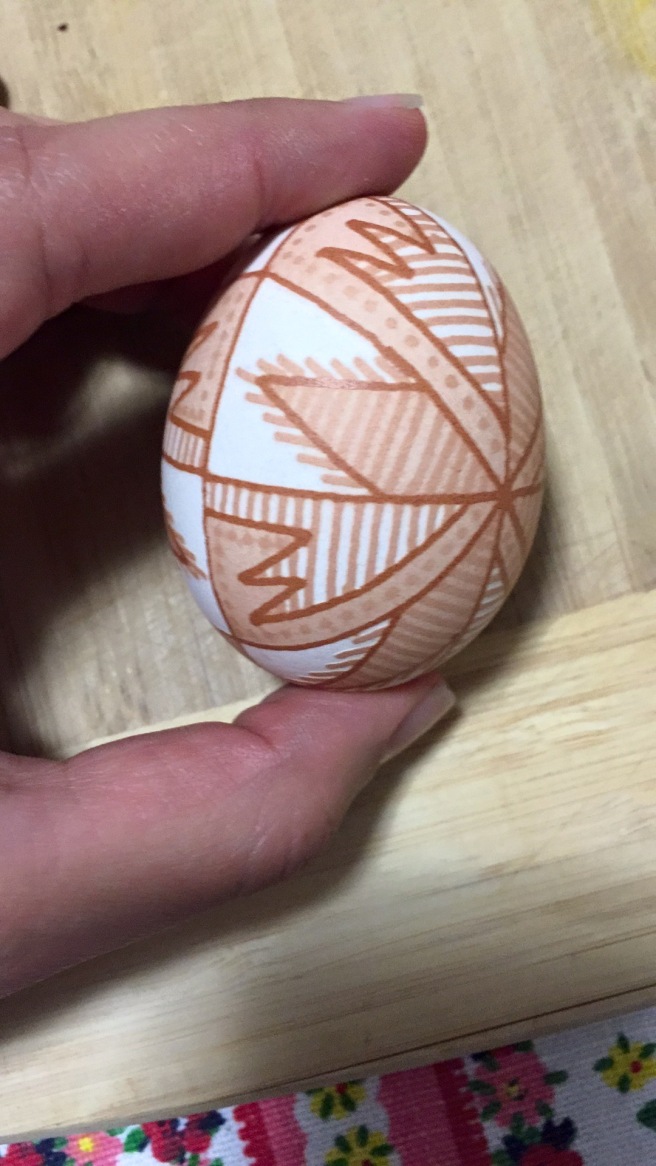 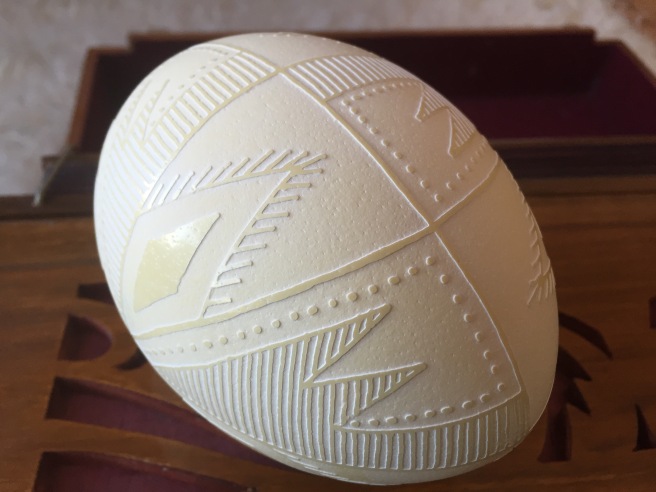 Another resolution is to keep up the music – I’ve gotten a good amount of practice (actually better than anything I ever managed to do on my own without any “group projects” in a long time, or maybe ever) from mid September till the beginning of December. But next three months my work schedule is going to interfere a lot with the “morning practice” I had in the fall, so I wonder how that will work out.

Add to that the double workload (factually it will probably be even more than double) I have this term compared to the last term, and another lunchtime meditation program in the new company, and the conclusion is this: unless I only do these 5 things (work, diss, meditation, eggs, music) over the next three months, and absolutely no other distractions or side-projects, something will have to give, and since I can’t cut the necessary stuff (work, dyss and meditation programs), I would have to cut the fun and inspiring stuff (eggs and music).

2 thoughts on “Eggs vs. Diss and other new year resolutions”